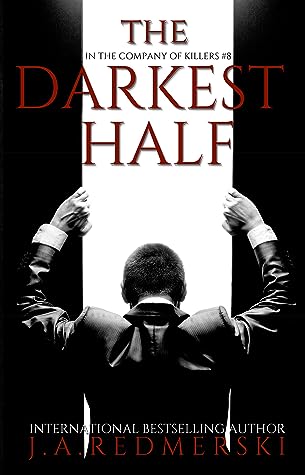 Title: The Darkest Half (In the Company of Killers, #8)

With the abandonment of Victor Faust and nowhere left to go, Izabel sets out on her own to continue the assassin’s life she has grown to become so intimate with. But she quickly learns the hard way that such a life cannot be survived alone. Within months, she is captured by The Order, with the true identity of the ever-elusive Vonnegut just a hair away. And to make matters worse—or better?—her cellmate is none other than Niklas Fleischer.

While Izabel and Niklas are being left to starve to death in hopes that their capture will result in Victor Faust’s surrender, Fredrik Gustavsson has also found himself in a predicament of his own. Willa, his childhood savior who became the most notorious female serial killer of the modern age, is keeping him imprisoned. But what does she want from him, a woman devoid of empathy or the faintest understanding of human emotion? And what will become of Fredrik if he fails to give her what she wants?

In the suspenseful conclusion of the In the Company of Killers series, Vonnegut will be revealed—to Izabel and Niklas’ shock and devastation—and the lives of the once thriving rogue Order led by Victor Faust will come full circle.

And not everyone will make it out alive.

Finally! I love this series! This is the final book which is sad and nerve wrecking, but I’m excited. I think I want to reread the other books though…