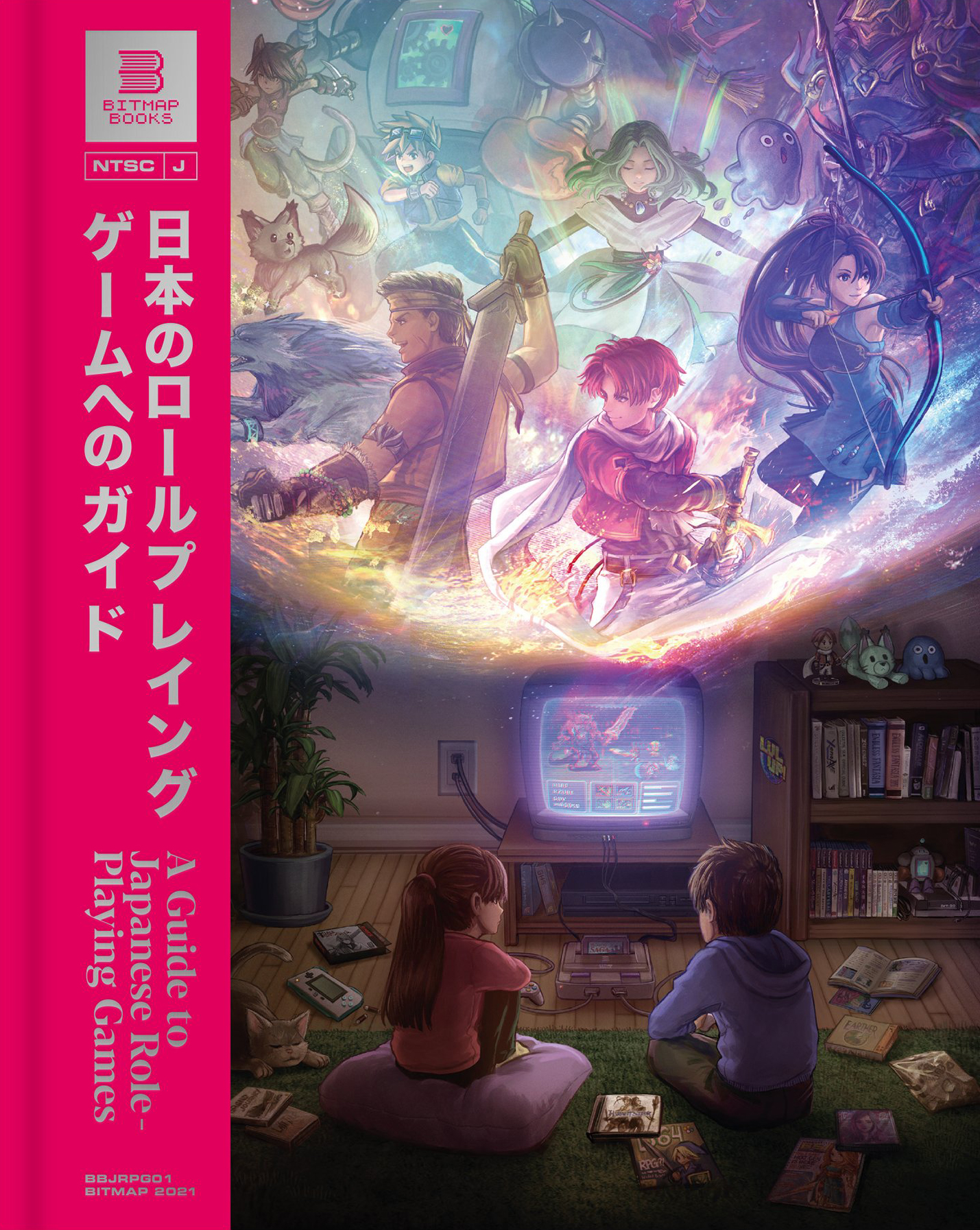 Welcome to the world of Japanese Role-Playing Games!

Video role-playing games, adapted for computers from their pen-and-paper forebears, have been around since the earliest days of digital gaming. Despite initial similarities to Western games, Japan’s output began diverging in dramatic ways, inspired by its own culture and art, producing a style of game that’s often wildly different from its Western counterpart. From Dragon Quest to Final Fantasy, from Megami Tensei to Pokémon, A Guide to Japanese Role-Playing Games explores the expansive history of Japanese role-playing games, beginning on 8-bit microcomputers, and following them all the way up to the heavy hitters of the modern era.

Created in collaboration with author Kurt Kalata, A Guide to Japanese Role-Playing Games is an ambitious project that aims to cover the entire history of Japanese role-playing games from 1982 to 2020. As well as reviews of over 600 games, covering a wide range of sub-genres, including strategy RPGs like Fire Emblem, Rogue-likes such as Mystery Dungeon, and first-person dungeon crawlers like Etrian Odyssey, it includes articles on the genre, its music and art. Overall, the book weighs in at over 370,000 words and contains contributions from a wide selection of fans and journalists, combining to create the ultimate coffee table book on Japanese role-playing games.

A Guide to Japanese Role-Playing Games is 652 pages in length (our largest book to date) and comes in hardback as standard. The cover features a specially created piece of artwork by Stephanie Sybydlo, which is finished with special pantone inks and metallic silver foil details. Each divider within the book also features a specially created ‘overworld map’ by the guys at Army of Trolls. As with all our books, we use thread-sewn binding for extra durability and print lithographically on high-quality paper to showcase the gorgeous visuals as they deserve.

I’ve had my eye on this one for awhile, and finally decided to buy it! My hardcover hasn’t arrived yet, so I’ve been reading the included PDF version. It’s sooo interesting! JRPGs are very new to me, but I’ve loved what I’ve played so far, so I wanted to know more about them. This book is massive, so I’m still pretty early into it. I’m on the PC games of the ’80s and 90s’, which are sometimes bizarre, but also fascinating to see how games have changed in the last 30 years.